The galvanizing Netflix documentary Crip Camp: A Disability Revolution is in the running for Best Documentary Feature at the 93rd Academy Awards, scheduled to take place on April 25, 2021. The film, directed by Nicole Newnham and Jim LeBrecht, follows a group of teenagers with disabilities at a summer camp in the Catskills in the early 1970s, where they experienced full inclusion and felt liberated. Several of these new friends, including disability activist Judy Heumann, went on to help spark the disability rights movement in the United States, paving the way for the Americans with Disabilities Act and other life-changing legislation. 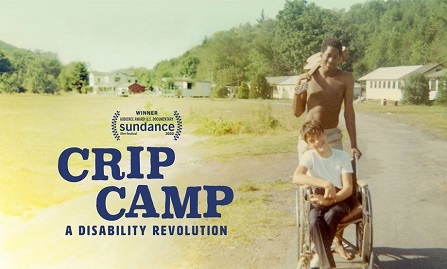 The film, which won the U.S. Documentary Audience Award at the Sundance Film Festival last year, has raised awareness of the critical need for inclusion in all areas of life. Barack Obama, who produced the film along with Michelle Obama, said in a recent roundtable discussion that the film was inspiring and motivating. 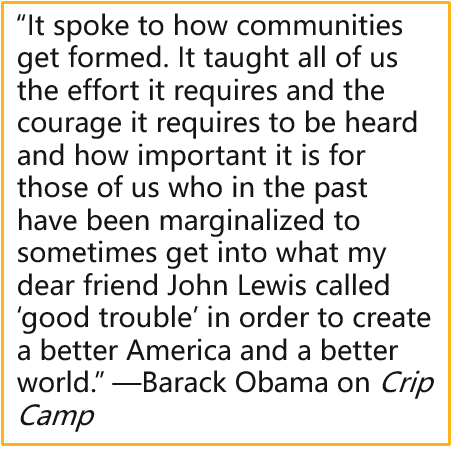 Be sure to watch the film if you haven’t yet, and check out the takeaway from our conversation with Judy Heumann, one of the stars of Crip Camp and author of Being Heumann: An Unrepentant Memoir of a Disability Rights Activist.